Charcot-Marie-Tooth (CMT) is a disease of the peripheral nerves that carry sensations and control muscle movement (unlike muscular dystrophies, which affect the muscles themselves). Named after the three physicians who identified it—Jean-Martin Charcot, Pierre Marie and Howard Tooth—CMT is also known as hereditary motor sensory neuropathy (HMSN).

CMT is a progressive disease, gradually producing loss of normal function and feeling in the feet, legs, hands, and arms. Symptoms appear most often in adolescence or early adulthood. A patient typically presents with weakness of the foot and lower leg muscles, which may lead to foot drop and a high-stepped gait, with frequent tripping or falls. Foot deformities such as high arches and hammer toes are common. Loss of fine motor control in the fingers, hands, wrists, feet, and tongue may develop later on. The pain caused by the disease can often be debilitating, impacting quality of life.

CMT is caused by defects in the genes for proteins that affect axons, the nerve fibers that carry electrical signals between the brain and spinal cord and the rest of the body. Gene defects also disrupt the cells that make myelin, the protective sheath around axons. The result is the degeneration of the peripheral nerves.

The disease is one of the most common inherited neurological disorders, affecting approximately 1 in 3,300 people worldwide.

The Science Behind Gene Therapy in Development for CMT

This gene therapy program, which targets CMT1A, the major subtype of Charcot-Marie-Tooth disease, is under development at Nationwide Children’s Hospital, Sarepta’s partner.

In CMT1A, the gene that provides the instructions for making peripheral myelin protein-22 (PMP-22) is duplicated, leading to the overproduction of abnormal myelin by Schwann cells. This results in damage to the peripheral nerves. 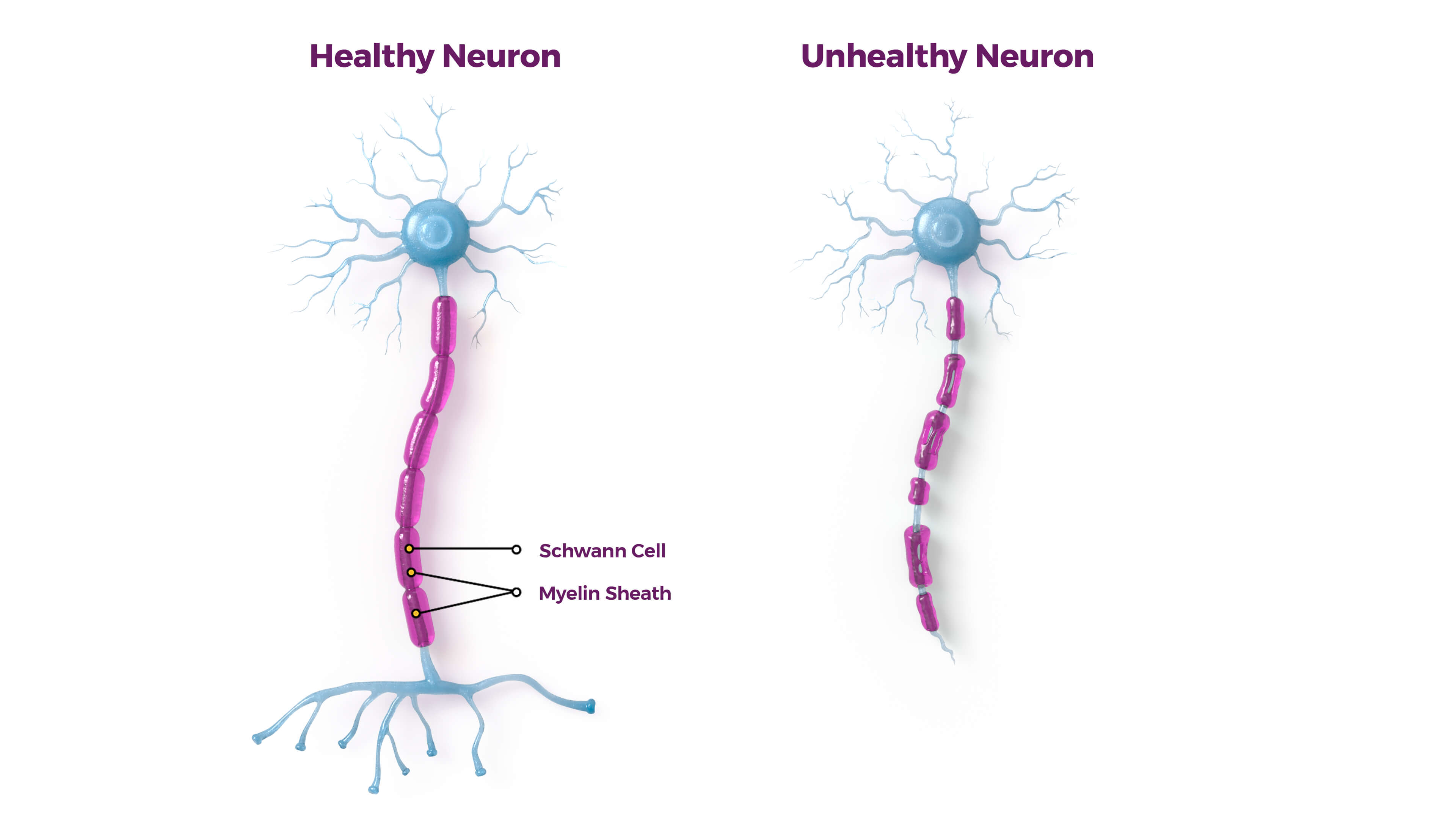 Learn more about the CMT1A gene therapy in development

A pre-clinical candidate is under development at Nationwide Children's Hospital.

The groups below represent a few of the organizations that help connect patients and families to education, research, support services, and the broader Charcot-Marie-Tooth disease community.